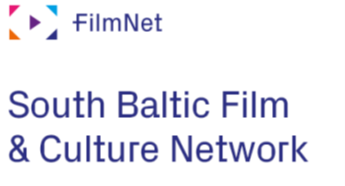 In Newsletter No. 1, we wrote about film screenings as a part of the activities within the FilmNet project  – about “Baltic Identity Film Tour”. Such shows and discussions have already taken place in all partner countries, and the Baltic Sea Culture Center from Gdańsk has prepared an Activity Report. What were the results?

The main question we tried to answer is: what is the common Baltic identity and does it exist at all, despite many differences between our countries?

The tool that was used to study the identity elements of the inhabitants of the Baltic countries – was, of course, the film. Partners from each country have selected short films (not earlier than in 2016) – and together they chose about a 100-minute set of films, each of them individually selected for public screening and film discussion (with experts and the audience). All films were discussed in details, often induce heated debate about their connection with the map of concepts.

Nevertheless, several common thematic areas were identified in the selection process, forming groups of related films from all partner countries. These issues include: present, cultural code, individual identity, past.

There were a total of 2 shows in Germany, 1 in Sweden, 1 in Lithuania and 2 in Poland. What are the conclusions?

As the authors of reports from shows and discussions state: at all meetings, the discussants were sceptical about the existence of the Baltic identity. It’s not easy to find the answers through the films. They emphasize the differences between more than common features.

It can, therefore, be said that the effect of these meetings was a kind of “discrepancy protocol” – differences in the history, mentality and customs of the citizens of individual countries. Therefore, it is worth to consider if the searching/building a joint part between the Baltic Sea countries should not start from a geographically lower-level – regional level determined in one way or another by the Baltic Sea (in psychosocial, economic and tourist terms, maybe also historical).

In sum: experience from the film shows and discussions (and quite common scepticism of interlocutors regarding the Baltic community/identity) inclines to go dawn on the lower level of the debate, and at the same time strongly associated with the Baltic Sea, which in this case becomes a geographical but also a cultural centre of experience of the Baltic regions.

if the film it’s supposed to be an image of the problems of the community living in this region and also the starting point for a more monophonic discussion (and comparable inference), it is worth considering whether to choose films that directly refer to the Baltic Sea and regional communities located around it – Prof. Krzysztof Kornacki Institute of Culture Research Gdańsk University